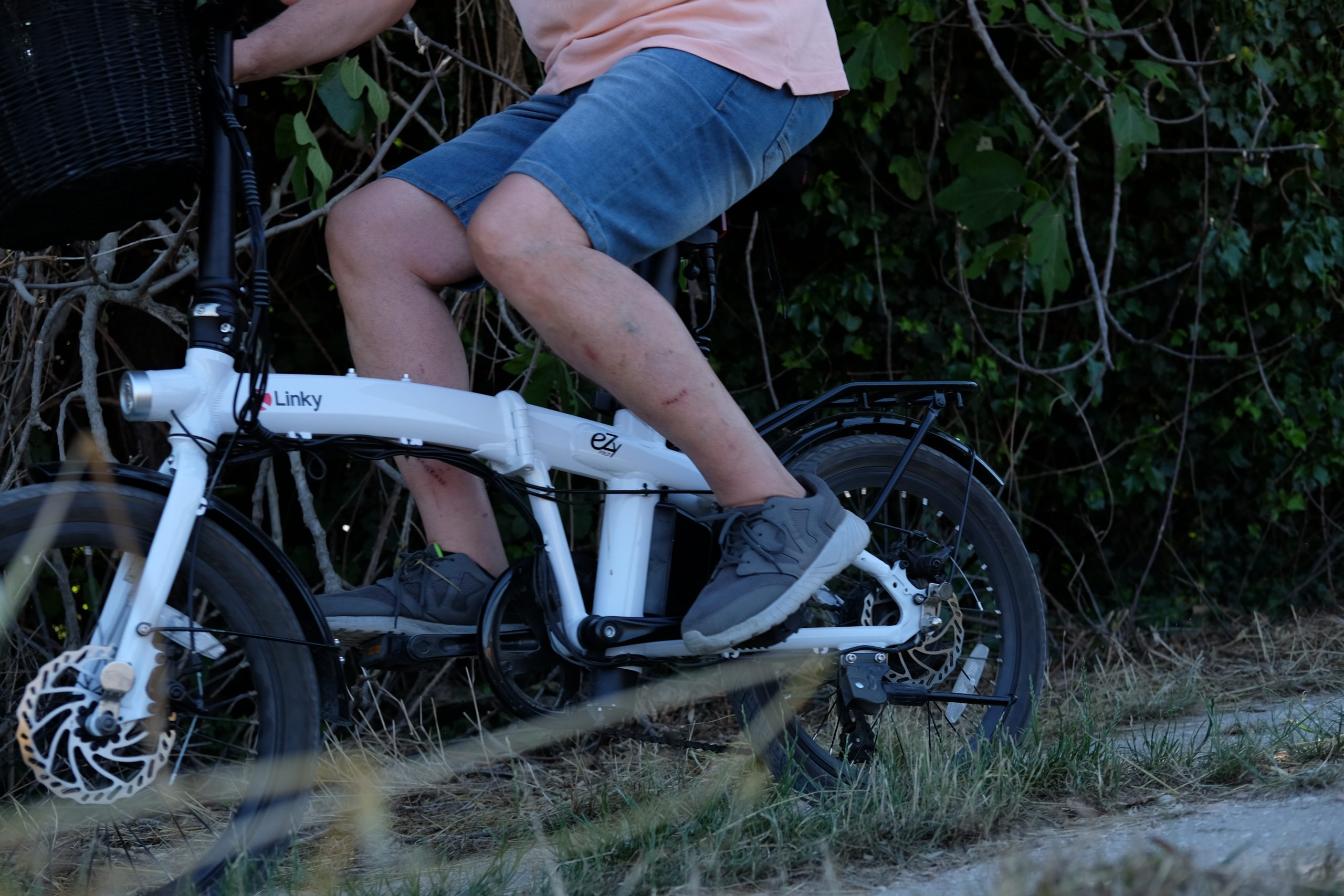 In this article, we want to reflect on the social impacts that this extraordinary means of transportation has caused on society. But first, let’s briefly review the history of the bicycle.

The origin of the first bicycle can be attributed to Baron Karl Drais, a civil servant of the Grand Duchy of Baden in Germany. Karl Drais invented his “Laufmachine” (racing machine) in 1817, which was named Draisine (Italian: Draisina) by the press.

The draisine had no pedals or brakes; to move it required the driver, seated on the saddle as in today’s bicycles, to push by pointing his or her feet on the ground. Again through the use of the feet, the driver could brake.

In the 1870s, the bicycle took on more contemporary forms with the invention of the safety bicycle by Harry John Lawson and the air-filled rubber tire invented by John Boyd Dunlop around 1888: equal-sized wheels, chain drive on the rear wheel, and tires: that were how bicycles were then and that’s how they still are today. At the beginning of the 20th century, bicycles were mass-produced, became affordable to all, and were transformed from a status symbol to an object of practical use for everyone. 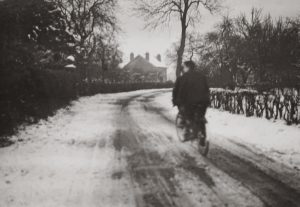 Birth of the ebike

An E-Bike is a pedal-assisted electric bicycle (also referred to as a pedelec or Epac – Electric Pedal Assisted Cycle) equipped with a central motor integrated with the cranks or placed in the front or rear hub, which aids pedaling by reducing the effort.

The word ebike has come into common use since the early 2000s, but when were electric bicycles invented?

The history of electric bicycles goes back almost 130 years! In the decade before the electric bicycle, electric-powered tricycles were being experimented with in both France and the United States.

In 1859, Italian physicist Antonio Pacinotti presented to the world his reversible direct-current dynamo-electric generator, more commonly known as a dynamo, which functioned as a real electric motor (Pacinotti’s ring). The Pisan researcher’s invention was the basis from which subsequent studies in the field developed.

Electric bicycles predictably have massive repercussions in many different areas. They reduce air pollution, stimulate higher-density development in cities, and have positive economic impacts by creating jobs and revitalizing local communities, among other things. Beyond these economic and environmental effects, the electric bicycle also has a huge impact on social sustainability. Historically, this leg has been the least understood and discussed of the three and, in the context of bicycle-related discourse, is equally unappreciated. Conventional wisdom tells us that bicycling can empower marginalized groups, increase the mobility of all classes of people, and improve health. However, these analyses are often sketchy and ignore more subtle social mechanisms-and in doing so, leave a large part of the picture unpainted.

Here are listed 4 ways in which bicycles and e-bikes, in particular, have changed our society: 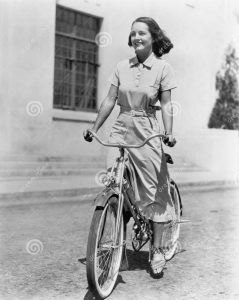 In the 1890s, the bicycle became the symbol of the New Woman, independent, progressive, and eager to have a political voice. As Godey’s, a women’s monthly magazine of the time, put it, ‘In possession of her bicycle the daughter of the 19th century hears proclaiming her declaration of independence.

In the late 1800s, many concerns began to arise about bicycle riding in the name of safeguarding and protecting women. Some considered this activity immoral, doctors were publishing scientific theories about how cycling led to infertility, causing ulcers, disease, and other inflammation. Others feared that cycling would distract women from their marital duties. But despite everything, women were determined to continue cycling.

Beginning in the 1880s, cycling became more accessible and affordable, but the clothes women wore were incompatible with cycling. Slowly but surely, corsets and dresses began to be replaced by “bloomers,” the ancestors of pants.

On the bicycle, women were alone, free from men, and could decide for themselves where to go. For the first time, they could choose their own route and destination. In 1894, Annie Londonderry took up the challenge of cycling around the world to question perceptions of femininity. And it worked. It paved the way for independence. The bicycle helped women get a little bit away from their husbands and homes and assert their share of freedom, decision-making, and emancipation. A symbol of this emancipation, the bicycle soon became the perfect tool for the pursuit of freedom. 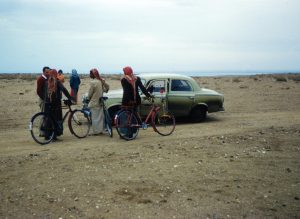 While before the bicycle helped women emancipate themselves, today the electric bicycle contributes to the emancipation of another part of the population, the elderly.

2. Inclusion of the elderly

Many older people express concern that they are becoming more socially excluded as they age. Studies show that, especially in cities with established cycling infrastructure, e-bikes play an important role in the social inclusion of the elderly.

As a means of transportation, riding an e-bike helps them engage in regular physical activity. But equally important is the impact bicycling has on mental health: it helps older people feel part of a community. They do not necessarily have to join a bicycle club. What is critical is the simple fact that they spend time outside the home with other people, no matter if it is to meet a friend or just to go for a ride. 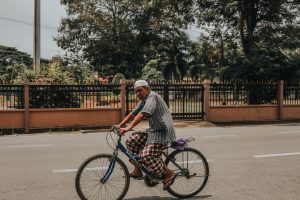 3.  Strengthening the Sense of Community

Imagine: You’re there with 100 other cyclists in the morning at a green light – and you’re not talking to them – but you’re thinking, “Nice shoes.” And you’re surrounded by humanity: the smell of shampoo, people coughing. It’s something hard to measure, but incredibly important. 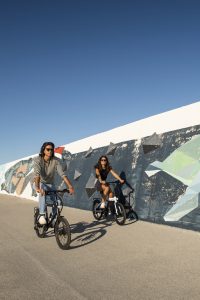 Sometimes, this sense of community transcends verbal cues. Such was the case when, during my third week in Copenhagen, a cyclist went out of his way to help me reach my destination. My friend and I were stopped at the edge of the bike lane talking about the best way to get to the Danish Theater, when a cyclist passing by overheard our conversation and immediately stopped. He told us that he knew where he was and that we should follow him-and we did! I don’t think this could have happened on public transportation or in a car, thus highlighting that there really is a sense of community that is created among cyclists on the road.

4. Exploring the world in freedom

The e-bike represents an eco-friendly, healthy, silent type of mobility that is perfectly in keeping with the spirit of the times and ideal for experiencing the essence of the land in an authentic way.

The e-bike, not only allows you to cover longer distances and overcome previously unimaginable elevation differences, but also offers more opportunities and variety.

When we think of the benefits of the e-bike, we usually think of health, environment, economy, and so on… but we should not forget its important social impacts! As illustrated in this article, these often overlooked social impacts are important and also very interesting. 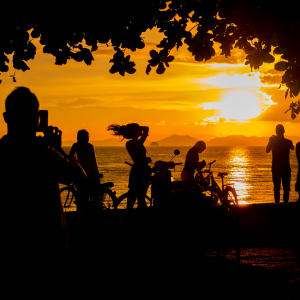 The state of affairs can only continue to improve from here on out.  It is clear that many cities and countries around the world are striving to become more bicycle-friendly nowadays. Although nothing is perfect, bicycling, more than any other form of transportation, has the ability to improve this world economically, environmentally, and, of course, socially.