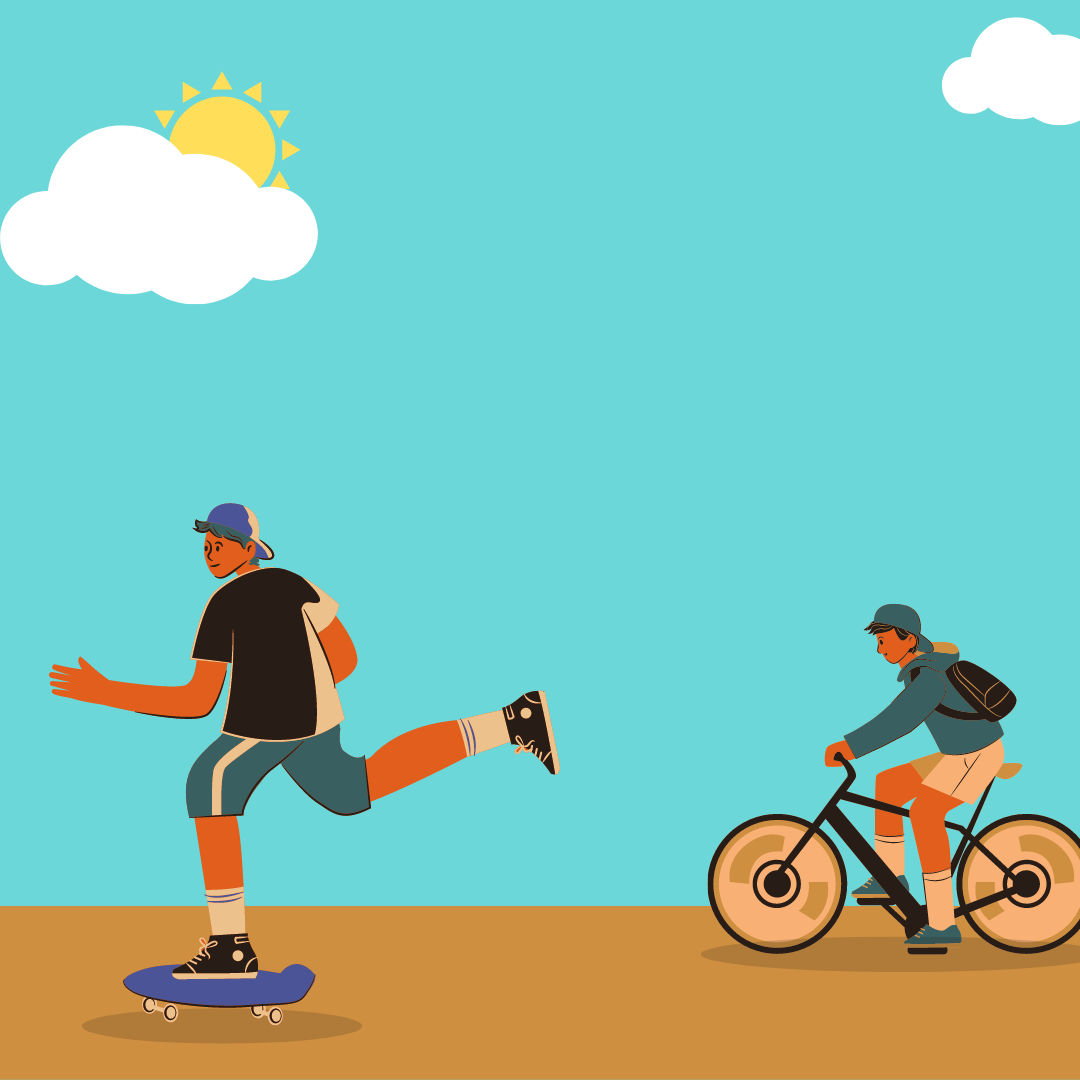 04 Nov How Cities are Incentivizing Micromobility and Zero-Emission Transport

Building a more sustainable urban transport system has been a central focus for cities globally with the goal of creating a well-connected seamless mobility experience while reducing traffic, noise, and pollution. Despite all the careful planning by government officials to that end, the rise of micromobility has been an unexpected, grassroots success story of recent years in the urban transport sector. In cities across Europe, the US, and Asia, thousands of users are taking advantage of a growing range of shared micromobility options. E-scooters in particular are growing in popularity at an incredible rate, surpassing an estimated 20 million users in Europe alone.

Millions of people have adopted a growing range of shared micromobility options in cities across Europe, America, and Asia. While bike and e-bike sharing schemes have become increasingly popular over the past five years, no one anticipated the massive uptake of e-scooters. Overnight, people riding through cities on e-scooters have become a common sight around the world. Within two years of the first service’s launch by Bird, in Santa Monica, California, in September 2017, e-scooter sharing services have reached 626 cities across 53 countries.

Today’s cities are facing alarming air and CO2 pollution rates — with cars as the main driver. Decarbonizing urban transport is now a central focus of global, national, and city climate plans. The C40 network is challenging cities to draft high-ambition, Paris Agreement-compatible climate plans, with cities like Paris, Stockholm and London paving the way. Cities must reduce pollution, congestion, and noise while meeting the mobility demands of a growing population and a modern economy. There is increasing awareness of the burdens of car-centric mobility linked to pollution, noise, and inefficient use of limited space. Post-car city road maps are becoming common. Paris has been the first to set remarkable targets: zero diesel cars by 2024 and zero fossil fuel cars by 2030, with Mayor Anne Hidalgo committing to green mobility and 1000 km of cycling lanes across the city with her “15-minute city” plan. 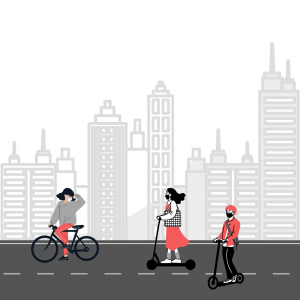 The burden of car-centric urban mobility

Let’s give a closer look at how cities are leading the way.

In February 2022, Paris officials committed to banning all non-essential private vehicles from the heart of the city by 2024, in an effort to significantly reduce air pollution. The new car-free zone is said to be named the ‘zone apaisée’ or ‘calm zone’ and will reduce total traffic through the core of the city by roughly 55%. Public transit, emergency vehicles, cyclists, and e-scooter users will find it easier to travel within the city center.

The ‘sustainable mobility package’ was launched for easier, cleaner, more affordable sustainable daily transport. Employees commuting to work via ‘soft mobility’ forms of transport can receive up to 600 euros each year to reimburse their travel costs. The eligible transport options are the following: 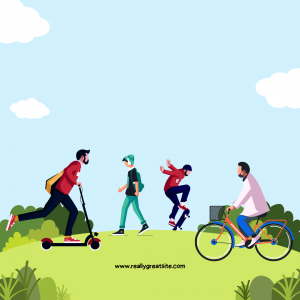 1 in 5 Londoners now live near the London cycle network, thanks to the record-breaking expansion. Since 2016, 250km of high-quality, safe cycling routes have been delivered by TfL, contributing to the 240% increase in cycling in February 2021. These infrastructure investments have made greener modes of transport more attractive – large numbers of Londoners have taken up/rediscovered cycling and private e-scooter usage and sales have significantly increased as a result.

The expansion of the Ultra-Low Emission Zone (ULEZ) in October 2021 has exceeded expectations. The ULEZ zone saw the number of clean, green vehicles increase from 39% in 2017 to 80% in 2021. Similarly, the expansion of pedestrian crossings and the transformation of dangerous junctions have had a profoundly positive effect on people’s mental and physical health.

The Clean Cars 4 All (CC4A) program provides incentives to lower-income and disadvantaged communities to trade their high emission car for a zero-emission alternative. Eligible participants can receive a voucher worth $5,000-$9,500 (depending on the income bracket), which can be used to: purchase an e-bike, subscribe to an e-bike sharing program, or for purchasing public transport tickets.

We know micromobility is good, why aren’t we using more of it?

Despite the large range of e-bikes and e-scooters on the market, our roads are still congested with cars, and micromobility is left to the side. Why?

Micromobility is well-received by the public. Over 60% of people in the UK stated they would use it for their daily commute, whereas countries that have adopted micromobility most effectively, such as France and Germany, represent higher proportions of almost 70%.

The largest issue in the uptake of micromobility is the lack of supporting infrastructure, whether it be a lack of cycle lanes, storage, or even charging, particularly for e-scooters.

On top of lacking infrastructure, regulation around micromobility varies in different countries and is still expected to change, making it relatively confusing for people. In the UK, rental e-scooter trials are currently taking place, yet private e-scooters are illegal to ride on public roads. Although private e-scooters have become very popular in the UK, lack of regulation fails to enforce safe and responsible use.

What are we currently doing about supporting infrastructure?

We have cycling lanes, yet still, the roads are made for cars. We have bike racks, yet space for these is limited with most on- and off-street parking being dominated by cars. We have fuel pumps and an increasing amount of EV charging points, yet no widespread e-bike charging option is available. We have rental e-scooters with their dedicated parking spaces, yet no storage or charging for the more convenient, green, and affordable private e-scooters. The bottom line is that the current infrastructure in our cities favors polluting, unsustainable, and unhealthy car use.

We’re not yet equipped for a sustainable future transport system but development is coming. The only question that remains is when will we get there and what will drive the change?

Today’s cities are facing a challenge: reducing pollution and congestion while improving urban access and quality of life. To user European cities into post-car centers, noise and pollution-free zones will not only take smart policies and infrastructure but also a fundamental shift in mobility habits and behavior. This is where the sustainability potential of e-mobility lies: first tried out for fun but adopted for convenience, they exhibit tremendous uptake pointing to their potential to change the way we move in cities. By making alternative and public transit systems more accessible and convenient, e-scooters, e-bikes, and e-skates can serve as a catalyst toward shared and low-carbon mobility. “Shared mobility is part of the bigger plan of creating a livable, sustainable, and accessible city with places that are pleasant to stay in. MaaS and micromobility are key in our plans,” say Eindhoven MaaS experts Astrid Zwegers and Jan Willem van der Pas. 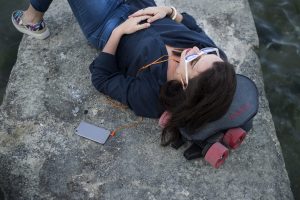 To take advantage of e-scooters, cities and policymakers should embrace the trend and create environments conducive to private sector investment and sustainable practices that benefit the city, its citizens, and the planet. Together, investment toward micromobility infrastructure, effective policies, innovation, and responsible business practices can help cities reach their climate goals, reclaim space for citizens and improve their quality of life. While some challenges remain for the e-scooter sector, such as solving parking and improving safety, the unexpected rise of the e-scooter in Europe shows that the future of mobility that is people-centric and provides low-carbon transport may come faster than we thought.