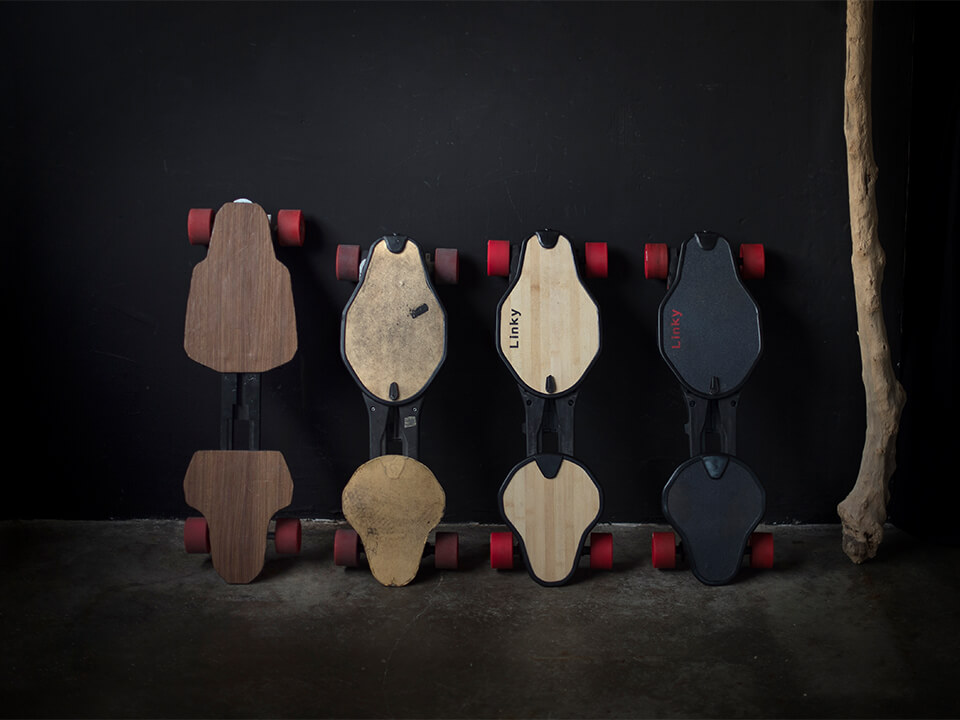 23 Jul Linky is Turning 3. Happy Birthday to Us!

July 26th is an important day for us, 3 years ago we created our company: Linky Innovation. Then the success on Indiegogo and the production in 2017 were the first steps to reach the point where we are now!
But for those interested in the “ancient history” of this start-up 🙂 we wanted to tell you a bit more about the main stages of Linky’s design.

In the summer of 2014, we were inspired by our passion for travelling and by our needs of having a portable vehicle for our daily commuting. In a trip that we did in Istanbul the idea of Linky became reality and the first sketches were jotted down.

In September 2014, the main ideas for Linky – and the team – really came together, and we quickly moved to constructing a wooden prototype in October of the same year, with the aim to assess size, driving ergonomics and portability.

In December 2014 another turn in terms of human resources: Fabio enters the team as responsible for the production of the skate. Fabio, carried by passion for electrical engineering, has brought the attention to detail that made Linky unrivalled. Fabio and Paolo then made the first working prototype of the skateboard. 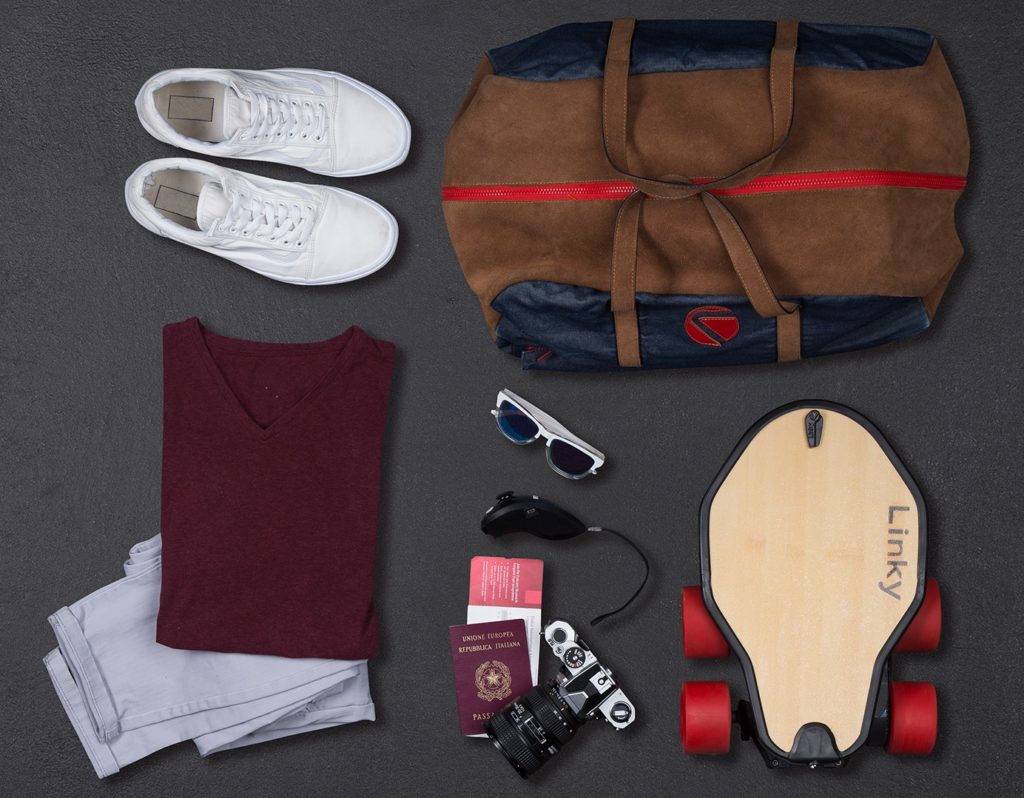 In February 2015, Cristiano joined the project as a marketing manager. Cristiano graduated in economics, and his passion for the world of business promotion led him to conceive a brand linked to our product.

Between February and April 2015, we rode Linky for its first 500 km, and these tests confirmed the choice of the battery pack; it was also decided to make a down grade power to the motor from 2000 watts to 1000 watts of power in order to favour portability and autonomy. Also during this period, after the first phase of the test, portability and ergonomics of driving are further explored.

In May 2015 our project passed the first stage of the competition ECapital, a very important business plan competition in our region of Le March in Italy. Also in May the first prototype of backpacks is ready, and in June the innovative folding system is patented.

Giovanni joined the team later in 2015 as the manager of the firmware and software development. 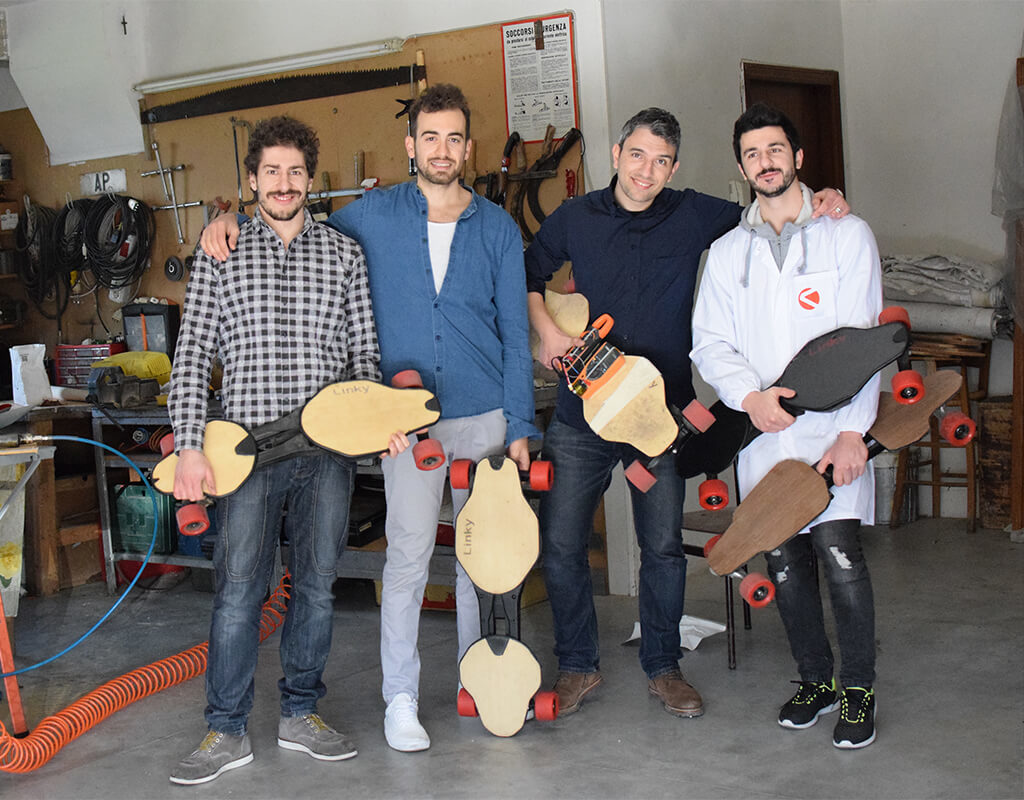 The journey was not always easy for Linky though. A lot of hardships can occur when building a startup. Burning countless motors in order to come up with a reliable prototype or burning a lot of cash failing in some marketing campaigns. All is part of the game!

We were lucky and passionate enough to go over all the difficulties and to arrive at this point. But this is not just our merit; part of that success is also of our customers that believed in what we are doing and made this company possible.

For this anniversary we want to give you a special thanks and offer you the possibility of becoming part of our community with a BIG discount on our Linky. Stay tuned for the upcoming announcement.