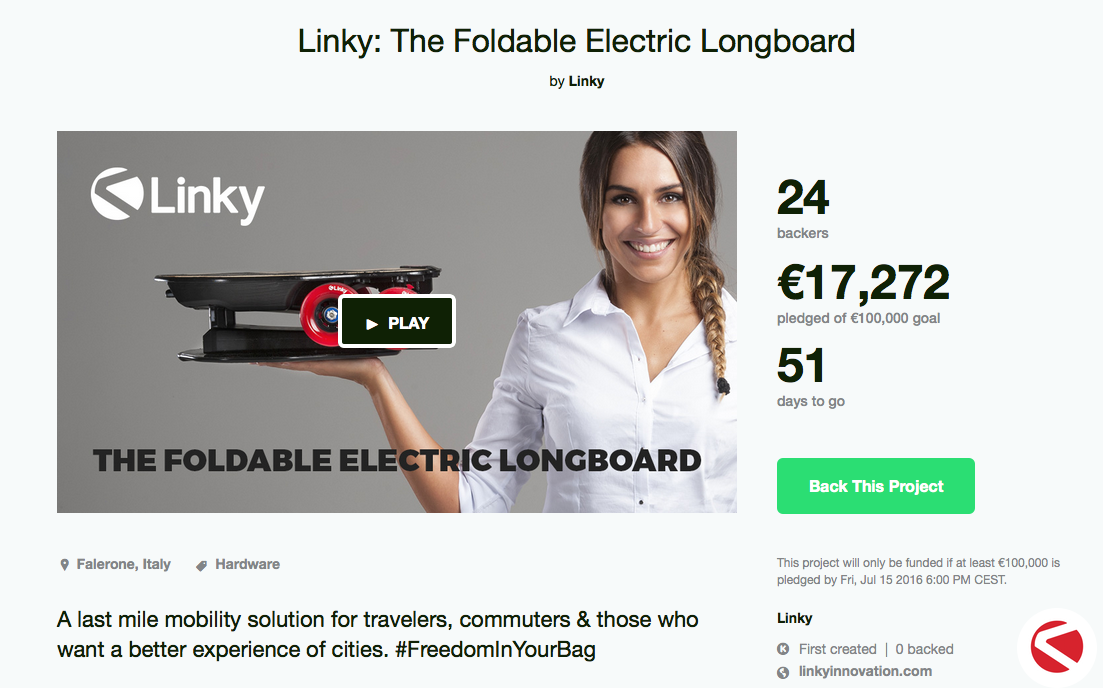 Yesterday we launched Linky on Kickstarter. We meant to post here about it at that time, but things got busy fast.

Someone bought the first early bird unit literally 30 seconds in. In 40 minutes, 4 units sold. Our Thunderclap blast went out an hour later and word has been getting around, so we were fielding emails and comments all evening, watching excitedly as the counter crawled upwards. By 10pm, 6 hours after the launch, we’d sold 16 early bird units, for around €15,000 of pledges. This morning there are only 6 early birds left and we’ve passed 17k.

Honestly, we couldn’t be more excited. We’d always hoped it would go like this, but we kinda didn’t dare. For this young startup, Linky represents a dream, the green mode of transportation we’ve always wanted, and what we’ve been focusing on for two years. It’s also a potential livelihood, an opportunity for us to create our own jobs and to make our own contribution to the Italian economy.

With thanks to the first backers who have believed in this project, let’s hope that the Kickstarter continues to move with this positive trend, so soon we can all have #FreedomInYourBag.