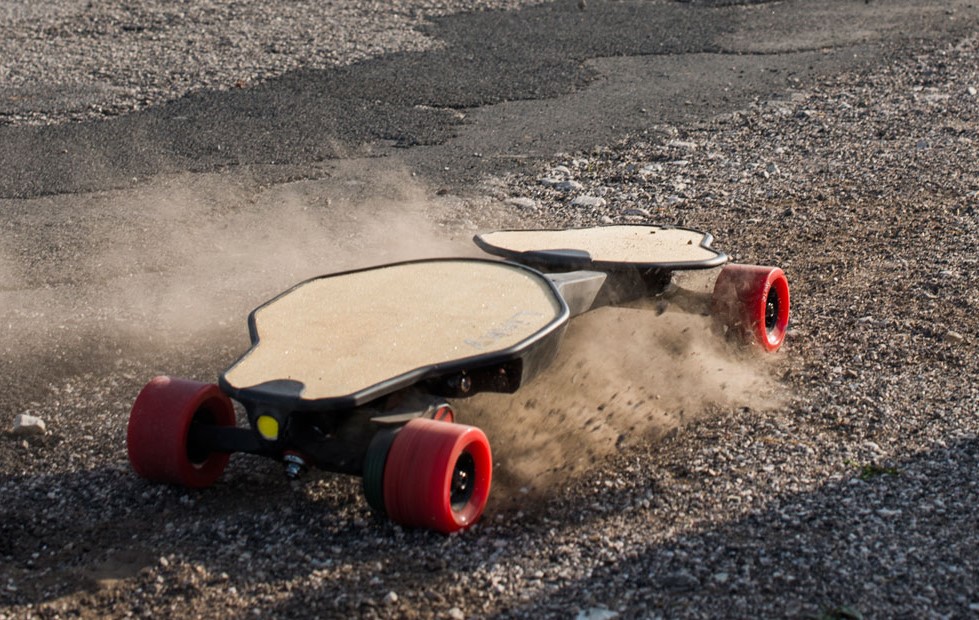 07 Oct The History and Evolution of the Electric Skateboard

Once upon a time, somewhere in the late 40s or 50s, the world gave birth to the very first skateboard. Who invented it, who thought it up? No one knows for sure. However, one thing is certain: these “sidewalk surfers” were most likely developed by California wave riders looking for a way to surf on land, when the waves slowed. These early skateboards, made by attaching metal roller skates to planks of wood, evolved into the stylish, fast personal transport vehicles we see today. 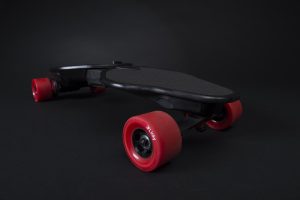 Skateboarding on its own can be quite an exhilarating experience for riders as they cruise down the pavement, go off the road on an all-terrain board, or indulge in the breathtaking experience of kiteboarding. However, the creation and development of motorized skateboards such as the Linky took skateboarding to a new level. The electric skateboard soon became known as a cost-effective, fast, and eco-friendly mode of urban transportation for boarding enthusiasts everywhere.

The Emergence of the Motorized Skateboard

It was invented by Jim Rugroden, a student in Berkeley, California, who invented MotoBoard in his brother’s garage in Campbelltown in the South San Francisco Bay Area when he took a break from physics studies in the summer of 1975. MotoBoard started from a simple push to develop a prototype into a precision automatic axle drive sports car. 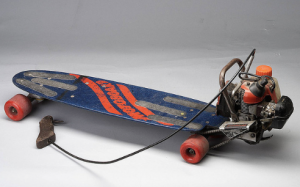 MotoBoard’s unique eye-catching ability has gained worldwide recognition through numerous media exposures, but the use of gasoline has an impact on environmental pollution.

Compared with the gasoline-powered long version of MotoBoard, Louie Finke’s skateboard is closer to our modern electric skateboard. 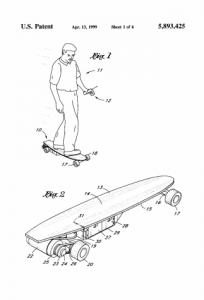 This product was revolutionary and made an instant success, but it was very expensive, so it could not be owned by everyone. However, it was not until 2004-2006 that electric motors and batteries had enough torque and efficiency to effectively power circuit boards.

Kickstarting the path toward the modern electric skateboard

As technology progressed, more powerful electric motors and batteries with sufficient torque became available in the market. This led to a steep rise in the amount of skateboard design and development projects, and Kickstarter was key to their success.

In 2012, Sanjay Dastoor, John Ulmen, and Matthew Tran launched a Kickstarter campaign to raise $100,000 to develop their electric skateboard design. The campaign exceeded that target by far, so they founded Boosted Boards and began manufacturing and selling their 12-pound electric skateboard that can reach up to 20 miles an hour. This became the benchmark for the modern electric skateboard.

The electric skateboard is one of the best inventions in recent years. It has changed the way people commute in cities around the world.

Electric skateboards give riders an eco-friendly, low cost and convenient way to commute in urban areas and college campuses. Urban commuters can bring along a battery charger, ride their Electric skateboards to the train, stash it in their backpack as they board their train, and charge it when they get to their destination.  The addition of apps gives you even more control. Add to this, the fact that you no longer have to kick and push yourself to your destination, and you can see why electric skateboards have attracted and kept their fans. 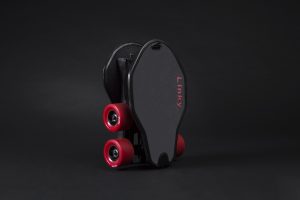 Linky Innovation played an important role in the electric skateboard industry through the invention of the first and unique foldable system. 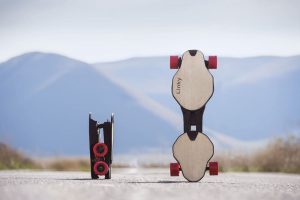 Our work is not done yet. We are continuing to research, test, and improve our technology. So, stay in touch, the best is yet to come! 😉